Piero is the proud father of David and Marisa and grand-father of Lily and Jasper.

Piero P. Giorgi feels strongly about avoiding specialisation in academia and creating bridges between science and humanities.
Since 1967 he has worked in developmental biology and specialised in the development of brain and behaviour in vertebrates since 1970 and humans since 1990. This last aspect was related to the application of modern neuroscience to sociology and peace studies, which is now (since 2004) his major research interest.
In 1981 Piero moved to Australia doing research and teaching at the School of Biomedical Sciences of the University of Queensland, were he has enjoyed an ecceptional degree of academic freedom.
From 1988 to 2002 Piero has done research on the history of medicine.
In 1992 Piero, with other colleagues at the University of Queensland, has established the BA degree program of Peace and Conflicts Studies (still offered at the PG level in 2022). From that date to 2003 he has also been teaching at the Faculty of Social Sciences for that program.
From 1995 to 2002 Piero had an active involvement in multiculturalism and in the promotion of the Italian culture in Australia, particularly as the founder and editor of Convivio, a bilingual journal of ideas in Italian studies.
Since his retirement from formal university teaching (2005), Piero has been promoting peace studies in Italy, in association with the Centre for European Studies in Gargnano (Gargnano, Brescia) that was established within the Franciscan convent of Saint Thomas.
Following the sale of the convent, Piero and Silvana moved to Australia to continue following their intellettual interests (Peace Studies and Medieval Spirituality respectively) while living in a retirement village in Brisbane. Concerning his recent interests, see articles in his blog <www.pierogiorgi.org>.

Summary of research (updated August 2022)
1965-67 – Mechanisms of germ cell migration in frog embryo.
1968-70 – Regulation of nucleic acid and protein synthesis by polyamines in the vertebrate brain.
1971-72 – Cell separation of neurons and glial cells and their ability to synthesise proteins in the rat brain.
1971-72 – Pathogenesis of the scrapie agent in mouse.
1972-74 – Synthesis of myelin proteins in the developing rat brain
1972-74 – Axonal transport of proteins in the rabbit optic pathway.
1974 – Determination of DNA/cell in different species of Xenopus (Amphibia).
1975-78 – Grafting of ectopic eyes in Xenopus embryos for the study of axonal guidance.
1975-78 – Methods for neuroanatomical tracing.
1977-80 – Metabolism of myelin proteins in the rabbit optic pathway.
1981-85 – Developmental effect of eye removal in Xenopus embyos.
1981-85 – Determination of cell density in retinal wholemounts.
1985-88 – Neuroanatomy of the optic pathway in Megachiroptera (Pteropus sp.)
1985-1988 – Molecular characterisation of neuronal types in the olfactory system of Amphibia.
1985-1988 – Uptake of exogenous proteins by neurons.
1989-2001 – Translation and commentary of medieval medical texts (Consilia 1288 and Anothomia 1316).
1989-2001 – Biographies of medieval physicians (Taddeo Alderotti and Mondino de’ Liuzzi).
1995-now – Origins of violence in humans.
2000-now – Peace theory.
2003-now – Ethical values in democracy and citizenship.
2002-now – Information in biology.
2003-now – Study of human nature and post-natal definition of human behaviour.
2005-now – Voluntary public lectures and training. 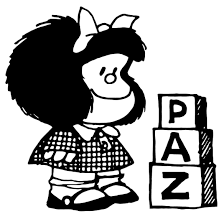 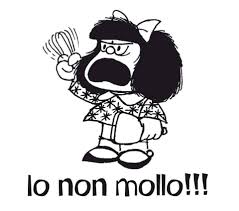